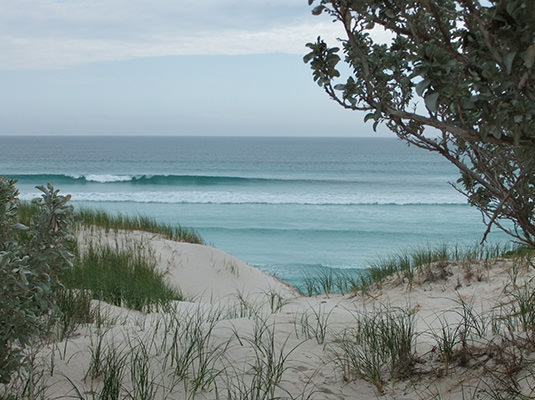 I have done a sound amount of traveling. I’ve been through the Bahamas, to Fiji, around Europe, Hawaii, Bali and many more places. Wedge is in my opinion the most amazing place I have ever been, for so many reasons I could not explain them in 10 000 words. The culture is like no other. The lifestyle of the fisherman living there is in my opinion one of the most enviable in the world. The myriad of scenes available on a day to day basis are incredible. The selection of dune systems, many for the most part stand untouched. The crisp white dunes usually island in stark contrast to the bright blue sky although there are those magical times when your driving towards the dunes and your not quite sure where the dunes end and the sky starts. The indescribable feeling of isolation and peace you get when you’re the only one for as far as the eye can see, a coastal desert, where the beauty of total isolation from the modern world is breathtaking, a place where for all you know you are the only person on the earth. The rolling hills at dawn, littered with thousands of Grass trees, some hundreds of years old. The greens and browns of the endless rolling hills almost blend into the chromatic array of purples and pinks of the early morning sky. The indescribable sunsets, a vibrant horizontal fire in the sky, and of course the far stretched coast, bay after bay of the most amazing beaches in the world. The bright white sand cut short by the contrasting turquoise sea. The Island looks over the point and the beaches and about once every seven years it becomes part of the mainland. Wedge is the land of contrast, the land of unfathomable beauty. It is comparable to being in a washing machine of the senses. It is ever-changing and always beautiful. If Wedge and or its culture changes too much or ceases to exist at all, it would be a tragedy. Wedge is the place we learnt to drive on dad’s knee. The place where we learnt to swim, learnt to spot a rip, where to go if you were injured, to crack eggs and pepper into a broken radiator, where we were dropped off at the tip and made to change the tyres of cars that were now just skeletons of the past, to watch out for razor backs, to look before crossing the tracks, where we learnt the dangers of bush fire. Wedge is the place I met my very best friends in the world, grew closer to them and shared experiences incomparable to the city life. Wedge is the place I acquired family I never asked for but welcomed. Wedge is the place I can and have always fallen back on and it has always held me up. It is the place that means so much too so many people. Australia has already followed suit with the rest of the western world and inflicted irreparable damage to so many facets of both the Australian natural world as well as the historical culture. If we and our government cannot put selfish motives behind us such as the constant fight for the possession of more and more money, if humans as an entity cannot stop ripping up the natural world and making it “mainstream”, “developed”, “built up” then I have lost all respect I am sad and extremely scared for the future of the world in the big picture. It is a world I don’t think would be worth living in if you had seen what once was. Help keep Wedge how it is, keep this important part of Australian history and culture alive. My wish for the future is that anyone can enjoy this beautiful place how it is now. Lanna Robbins